Adrift in the rich star fields of the constellation Cygnus, this lovely, symmetric nebula was only recognized a few years ago and does not yet appear in some astronomical catalogs. In fact, amateur astronomer Dave Jurasevich identified it as a nebula on 2008 July 6 in his images of the complex Cygnus region that included the Crescent Nebula (NGC 6888). He subsequently notified the International Astronomical Union. Only eleven days later the same object was independently identified by Mel Helm at Sierra Remote Observatories, imaged by Keith Quattrocchi and Helm, and also submitted to the IAU as a potentially unknown nebula. The nebula, appearing on the left of the featured image, is now known as the Soap Bubble Nebula. What is the newly recognized nebula? Most probably it is a planetary nebula, a final phase in the life of a sun-like star. 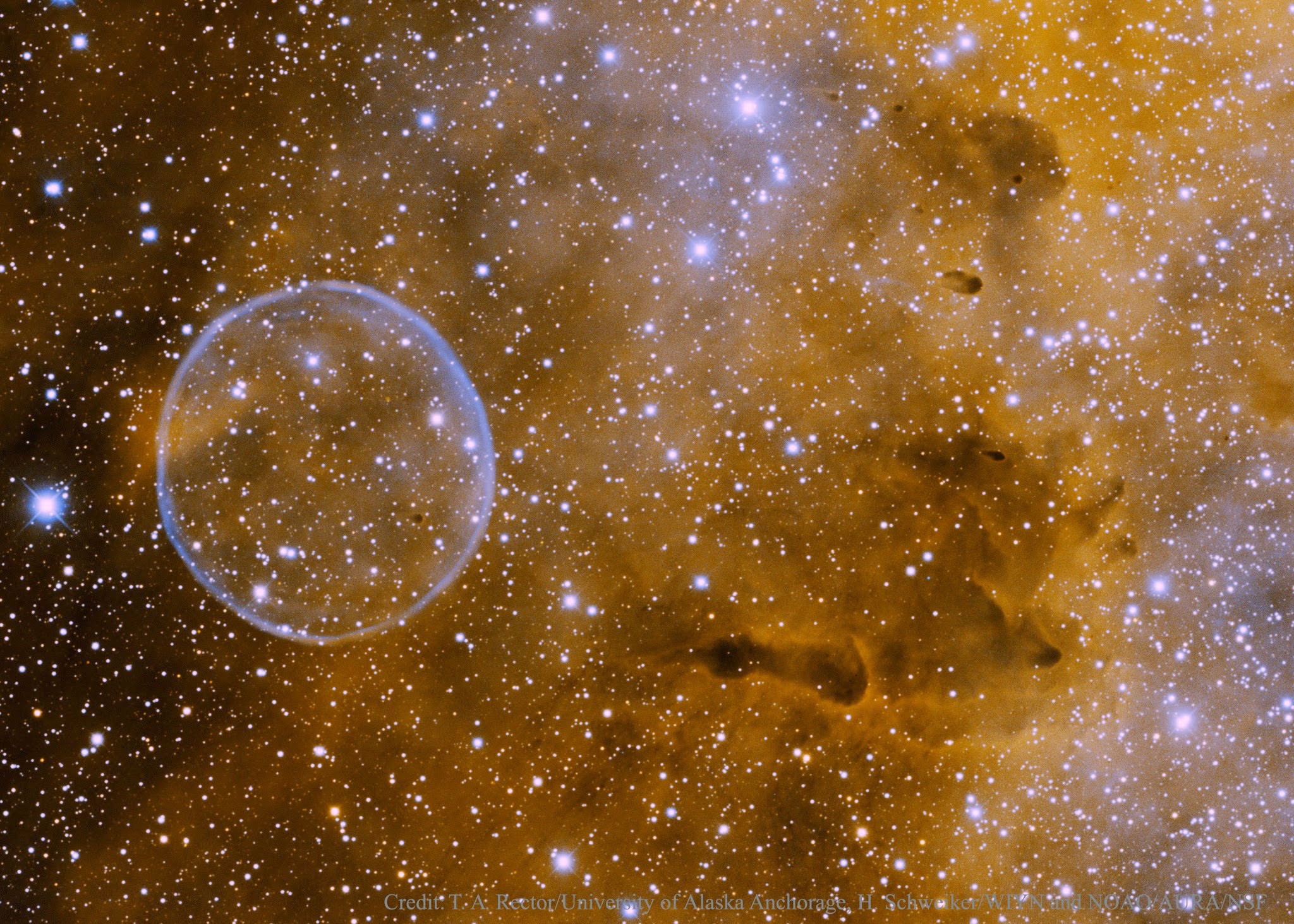